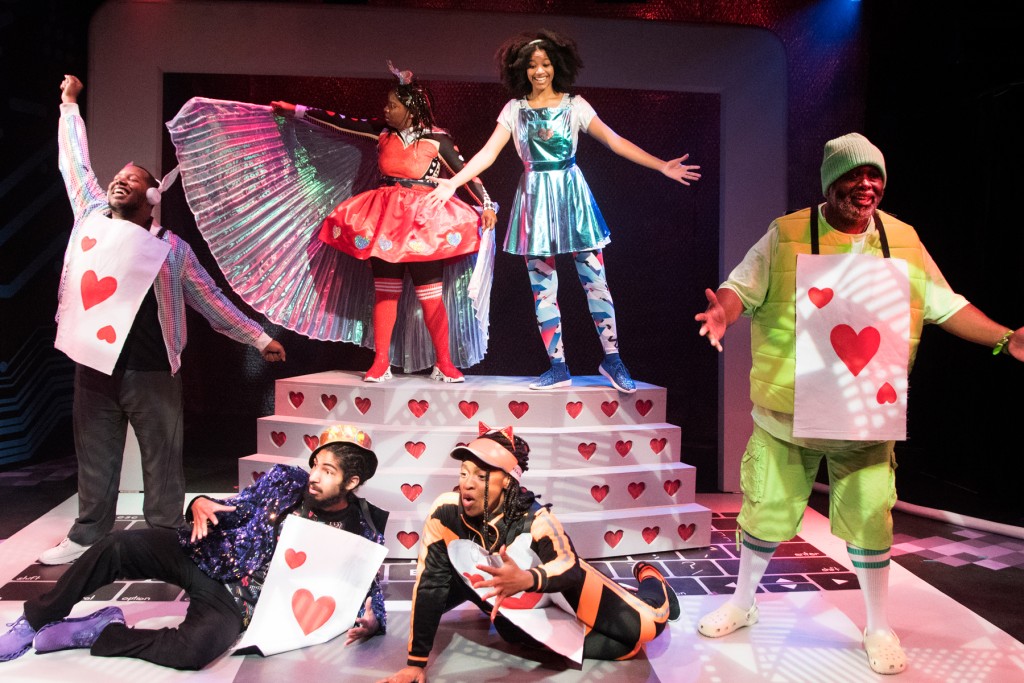 Photo by Jim Vaiknoras and courtesy of The Coterie Theatre.

The Coterie Theatre ’round these parts is much beloved. You can read some of our previous write-ups from this year alone regarding the scope, scale, talent, and concepts that we find so endearing and engaging in what others might see as a children’s stage on the main floor of a shopping mall. That’s the same place where we keep finding an unending fountain of talent and the future of YA productions, reinterpretations, and frankly just stellar stagings that you won’t find elsewhere in the region.

A world premiere musical Alice’s Wonderland is currently gracing the stage there, through the end of the first week of August. We’ve advocated hard in the past for some shows, but you’d be remiss not to catch this one before it closes. 65 minutes of your time could be spent in far worse ways.

Yes, this is the high-energy children’s hip-hop musical about Black girls programming video games and rocking STEM that you didn’t know you needed. 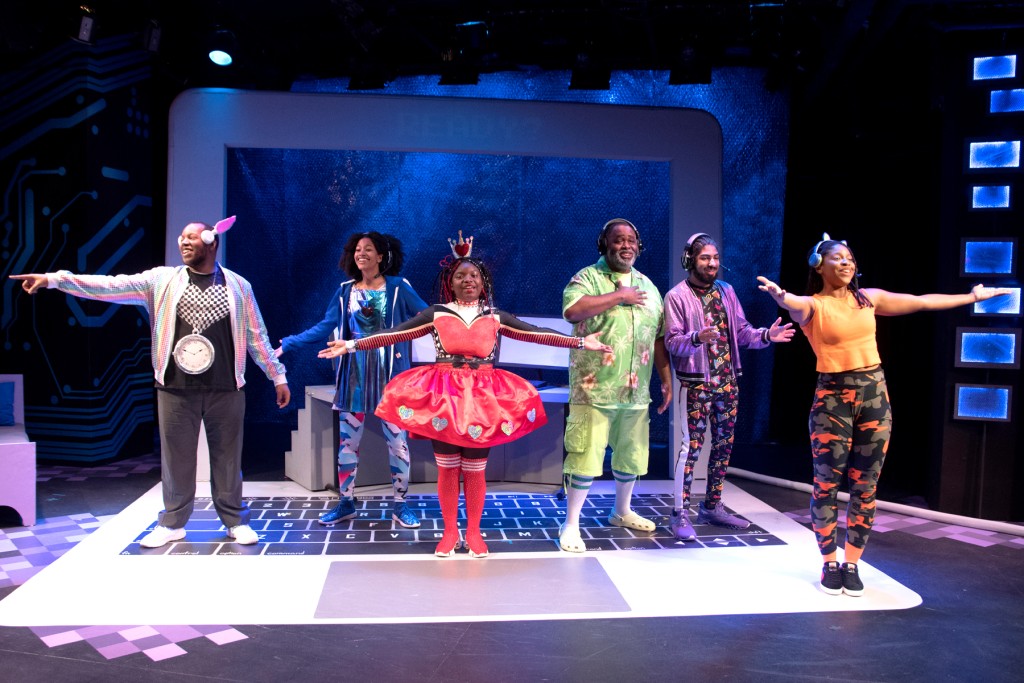 Photo by Jim Vaiknoras and courtesy of The Coterie Theatre.

Alice is a teen game designer who thinks her new 2D MMO Wonderland could change the fate of everyone online. Drawn into her own game by an electrical overload and an attempt to reboot her own life, Alice finds herself in a space of streamers and dreamers; influencers, and tea parties made from the Tea Party.

It is a truly modern musical, ranging in styles of everything one might find on current top-of-the-charts hip-hop and pop, but set in a world of Lewis Carroll and NES.

Alice’s Wonderland is co-written by J. Quinton Johnson, a composer and performer currently in the cast of Hamilton on Broadway, and Julia Riew, a recent grad of the Harvard Theater and Music program, by way of St. Louis.

The end result here is the sort of exciting project we’ve come to associate with Coterie: a genre-defying glimpse at the future of what children’s theatre could become. But also? The kind of production that we aren’t entirely sure could be replicated elsewhere.

While this show hits all the right notes for us, and the animated visuals slash production design are second to none, its difficult to imagine, frankly, a better staging of this anywhere. While the cast knocks this show outta the park, there are also plenty of songs asking so many octaves of range from the same vocalist that it might be hard for high schools to find a filler.

Meta-concerns aside, this is one helluva ride.

The ability to take a video game concept from laptop to stage and make it engaging, enthralling, and importantly oriented to a non-gamer audience via an 1865 novel adaptation? Fascinating, if anything else.

Some songs on this spectrum hit a weird foul note or at least miss the mark of what either the creator or the performer set out to do. The game-level-based narrative winds up projecting a story structure that makes the audience feel like this is ending 15 minutes before it does. But outside of that, it’s hard to find a moment to criticize something so conceptually and productionally solid. 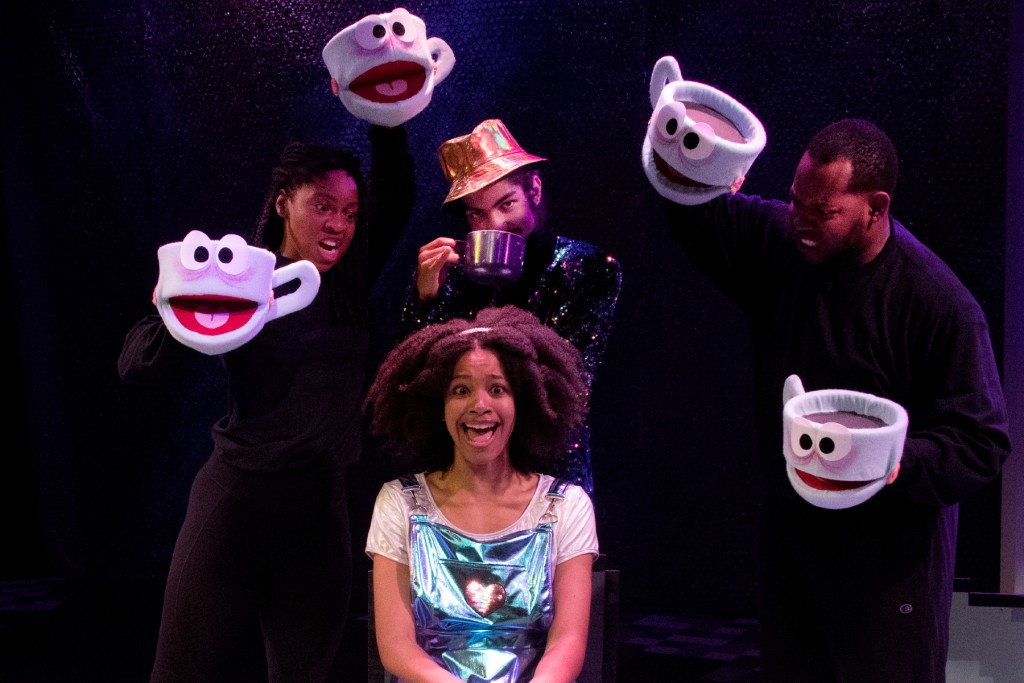 Photo by Jim Vaiknoras and courtesy of The Coterie Theatre

Alice’s Wonderland is directed by Brianna Woods with musical direction by Delano Mendoza and choreography by Marc Wayne.