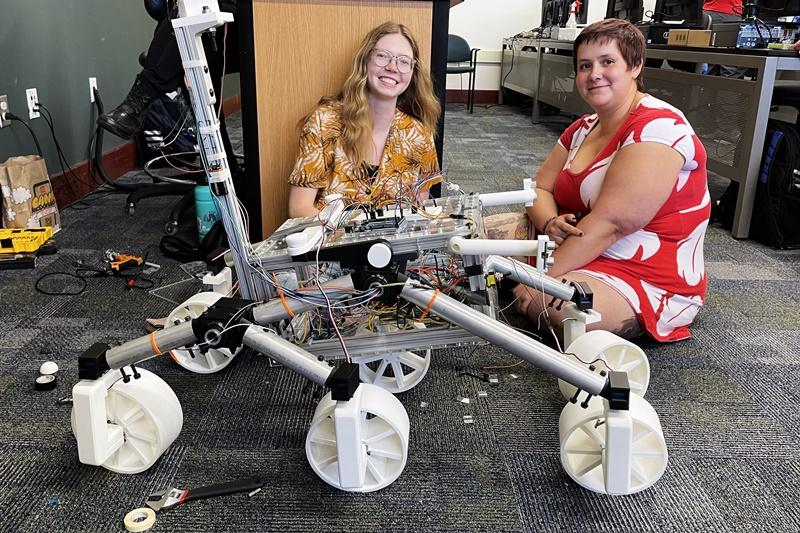 High school students spent a week on the New Mexico Tech campus this summer getting a head start on college life by learning about a variety of academic subjects as well as social activities. The New Mexico Tech Summer STE2M Experience aims to provide high school students with a chance to spend time on a college campus and learn what it’s like to be a university student, ask questions about their academic interests, meet professors, and interact with other students with similar interests – and earn a college credit after completing a weeklong intensive course.

Academic offerings included “Atmospheric Physics,” “Environmental and Earth Science,” and “Mining in the 21st Century.” STE2M Experience students live in South Hall for a week, trying out dormitory life, eating their meals in Fidel Center, and participating in nightly social activities, including pool parties at the Tech Swim Center, movies at the Loma Theater, glow-in-the dark golf at Tech’s Golf Center, and a glowstick walking tour of campus.

The New Mexico Tech Summer STE2M Experience’s first week was June 13 to 17 and the second week was held July 11 to 15. 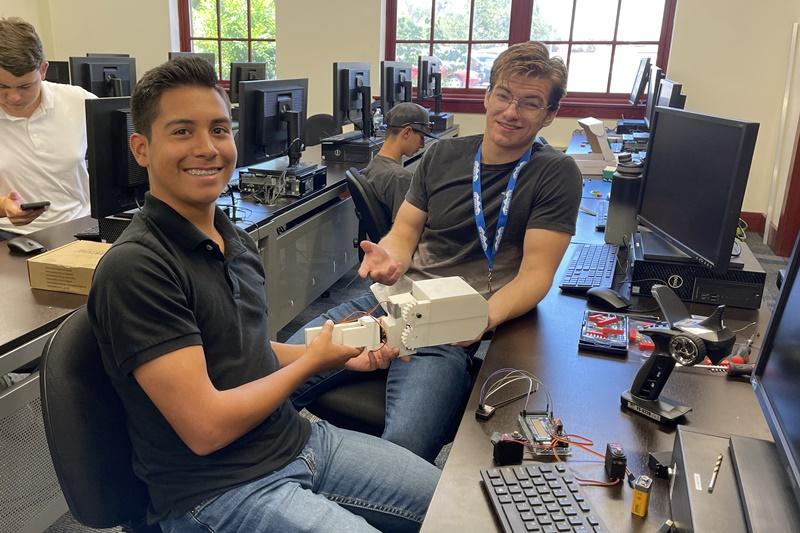 Bruno Vaquera, left, of Edgewood, and Alijaih Stanford of Roswell show off the wrist component they helped design for their rover.

The group of students who took the “Rover Design and Programming” course worked alongside Tech research students, who guided them through the design, fabrication, and coding of a robotic sub-system of a rover. The course involved multiple different design projects for the rover, including for its  ultrasonic senses, camera, and claw arm.

According to Dr. Curtis O’Malley, assistant professor of mechanical engineering, the students then took the next steps to develop the rover that could complete a task relevant to exploration, such as grasping an object, such as a moon rock. Students were tasked with designing mechanical parts to compliment the rover’s capabilities as well as implement custom code to complete the mission.

Bruno Vaquera of Edgewood said he liked designing the controls for the opening and closing wrist for a rover, which  allows the rover’s claw to turn from side to side.

“Different ranges of motion allow it to pick up objects, such as moon rocks,” he said.

Alijaih Stanford of Roswell said he enjoyed having the opportunity to use the computer-aided design (CAD) software.

“It helps you visualize and design something,” he said. “Cadding is a vital asset for a future engineering career.”

The course was conducted in conjunction with a NASA – New Mexico Space Grant Consortium grant for rover innovation and design, Dr. O’Malley said.

“This course and other STEM outreach opportunities we offer at Tech are aimed at increasing the level of knowledge and preparedness of high school students for pursuing STEM degrees by engaging them in NASA-themed and -inspired projects,” he said.